Desecration of the Koran in Sweden, student camp protests in Bhola!! 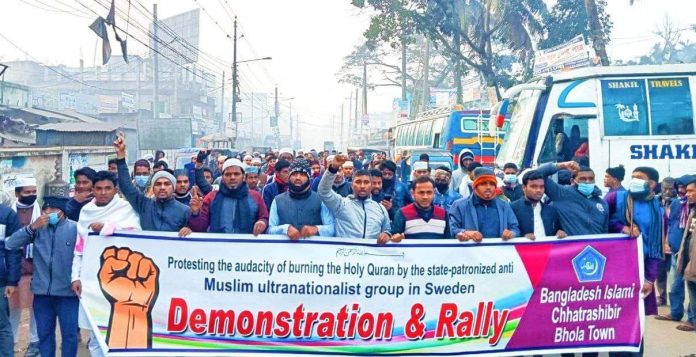 Stap Reporter..Bangladesh Islami Chhatra Shibir’s protest march was held in Bhola, strongly condemning and protesting the burning of Quran in front of the Turkish Embassy in Sweden. At this time, around a few hundred leaders and activists can be seen circling the entire city chanting Allahu Akbar. The rally called for all Muslims to unite and protest in honor of the Holy Qur’an and simultaneously called for a boycott of Swedish products. Then the procession was concluded with a short discussion meeting.

‘Black War’ to be released in Australia

'Black War' to be released in Australia