Shooting at a gay nightclub in the United States, 5 dead, 18 injured. 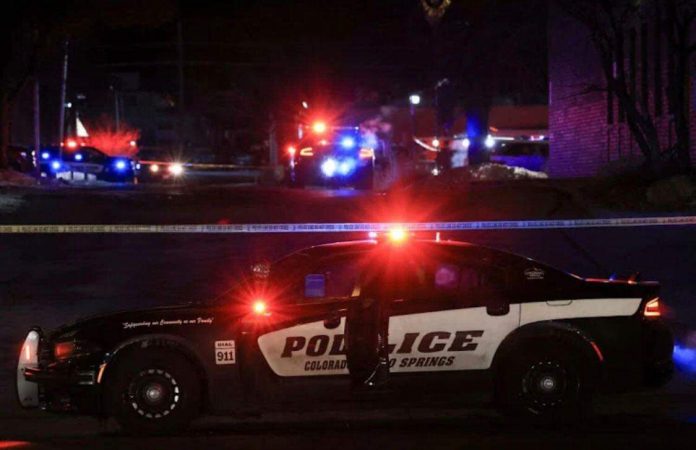 Hakikul Islam Khokon, United States Senior Representative: 5 people were killed and 18 injured in a nightclub shooting in Springs, Colorado, United States. Saturday (November 19) at midnight local time, the incident occurred at a gay nightclub called ‘Club Q’ in Springs. Khabar bapnews. Colorado Springs police officer Lt. Pamela Castro said, ‘One person has been arrested in connection with the shooting. Police consider him a suspect. The detained person is also being treated as he is injured.’ Police declined to comment on a motive for the shooting. In a statement on social media, Club Q said, “This is an inhumane attack on our community.” The club expressed its condolences to the victims and their families in the statement.
According to Google, Club Q in Colorado is a nightclub for adult gay men and women. The club often hosts karaoke, DJs and drinking parties. Earlier, in 2016, 49 people were killed in an attack on a gay nightclub in Orlando, Florida, USA. It was the deadliest attack in recent US history. The gunman who attacked Orlando pledged allegiance to a leader of the Islamic State (IS), a Middle East-based militant group. He was later killed in a shootout with police. Images of the scene after the attack showed security forces and emergency services vehicles flashing lights.

Deputy Secretary Ratan lost his job due to rape allegations

Deputy Secretary Ratan lost his job due to rape allegations